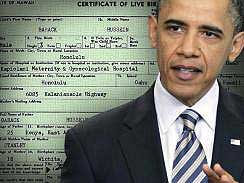 Shock, outrage and “audible gasps” were the responses from a large group of police officers, elected officials and attorneys attending the annual convention of the Constitutional Sheriffs and Peace Officers Association in St. Charles, Mo. upon witnessing a presentation made Saturday by Sheriff Joe Arpaio‘s lead investigator Mike Zullo who laid out the particulars surrounding the alleged fraudulent birth certificate of U.S. President Barack Obama.

According to Zullo, who spoke to Carl Gallups of PPSimmons Radio after his presentation(full audio below), a large number of law-enforcement personnel and others in attendance were not aware of the evidence that Obama’s birth documentation is not genuine. He also stated that one elected official even admitted to him afterwards that he had been purposely ignoring the matter but because of the evidence Zullo presented at the conference he could “ignore it no longer.”

It’s Zullo’s contention that the media has intentionally ignored the Obama birth certificate scandal causing a blackout of information which could explain why many of those officials in attendance were so flabbergasted upon hearing the evidence.

Because of the evidence presented Zullo said many of those in attendance at the event are now pledging their full support in hopes of securing a congressional investigation into Obama’s eligibility to be President:

ZULLO: “Sheriff Arpaio wants this in Congress. That’s where we intend to take it. We are making inroads and contacts that we have never made before. This conference is really going to pay off in moving things forward. Very important people are now beginning to see the amassed criminal evidence of perhaps the biggest fraud in American history. They are moved – they are shocked – and they are ready for action. Plans of action are now being laid at this very conference. This meeting could prove to be monumental.”