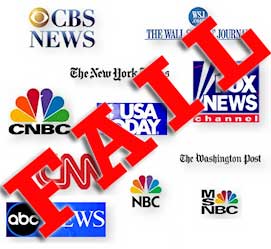 Six days ago the gruesome details began to emerge from New Jersey where 28 year-old Yusuf Ibrahim had been charged with killing 2 Christians, beheading them and cutting off their hands – eventually burying them in his backyard. It’s also alleged that Ibrahim set fire to a car belonging to one of the victims in order to destroy evidence.

“We allege that the defendant was ruthless and calculating in the manner in which he carried out the killings and attempted to prevent identification of the victims by cutting off their heads and hands before burying their bodies.”

Pamela Gellar of Atlas Shrugs said the murders “appear to have been a ritual killing, religious in nature . . .  The victims were Coptic Christians and the murderer was Muslim (and we are painfully aware of the status and treatment of Coptic Christians under Muslim rule in Egypt).”

A very disturbing story indeed. One that we don’t particularly want to read or hear about, but one which certainly qualifies as “news we should know.” But the mainstream media feels differently. They don’t think American’s should know that a Muslim has murdered 2 Christians on U.S. soil and desecrated their remains, committed arson and then dug shallow graves for the corpses in his backyard. They even refused to report the story minus the religious aspects. That’s hard to understand without assuming it IS in fact the religious implications which the mainstream outlets are attempting to avoid because it’s the same mainstream news media that embraces every other story of shootings and murders – as long as those stories are, obviously, devoid of implications for Islam.

To prove to you this story does not exist on any of the upper crust agencies, I personally went to the google search engine (and implore you to try this for yourself of course as verification) and entered the search term: “christians beheaded in new jersey” … I scanned the first 20 results (first 2 pages) and there is not one single reference to ABC, NBC, CBS, CNN — or any other major news outlet. I then changed my search term to ‘christians murdered in new jersey” and received the same exact stories with zero mention from the mainstream. No ABC, no FOX, no CNN, no nothing! These are news websites that are normally found at the very tip top of all news results. It’s not a case of them being beat out of the top 20 by any means.

I’ll state here that I cannot attest that broadcast outlets didn’t report on this story. I don’t watch news so I can’t implicate television in this media black out, but I suspect it’s just as guilty. If YOU, our reader, saw this reported on major news networks please leave a comment on this article and let us all know because I’m not trying to indict any media which isn’t actually guilty of ignoring this story and subsequently ignoring their obligation to the American People. To those agencies who have bought a subscription to the philosophy of ignoring matters revolving around Muslims committing crimes against Christians – or U.S. troops, because you either fear or are in alignment with the philosophies and political correctness and “taboo” which is currently being sold across this nation and this world regarding the insulting of Muslims, or Islam or Jihad, then I charge you with undermining the welfare and safety of the Citizens of this nation which is much more important than following along with the current administrations insistence that all things Islam and Muslim be off limits and that the followers of those ideologies be afforded some sort of special treatment no matter how violent a crime they’ve committed. Your omission of this story from your archives is a mistake I’ll never allow you to forget in the years to come as these types of crimes continue to escalate in frequency and severity.

All that being said, what can you the reader do to shift your support to news media which DOES bring you serious reporting on these unpleasant but necessary news stories regardless of political agendas? Being on the backside of this industry I can offer a couple of suggestions:

The outlets which did report on the beheading deaths of the 2 coptic Christians in New Jersey, according to google’s results for the term “christians beheaded in new jersey” are as follows:

It was even reported on non-U.S. media:

Americans should forsake mainstream news media immediately in my opinion. It’s quite obvious that they have long since abandoned us in favor of playing politics with Washington elites.

LEOVEGAS AND YGGDRASIL REACH DEAL FOR A CO-PRODUCED SLOT

There is some good news out for Yggdrasil Gaming fans; the company has just broken news of the launch of its first co-produced slot. The...