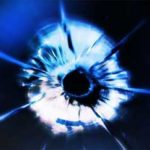 A notorious gang of St. Louis, Missouri street thugs who call themselves The Obama Boyz has struck again, this time in multiple locations causing multiple injuries.

According to official charges, Anthony Jamal Lee, 18, discharged a firearm at a group of people from the window of a moving car at 2:17 p.m. at the 3200 block of Oriole Avenue. Bullets struck a 13-year-old boy in the side of his body; a second person, a 17-year-old boy, was grazed by bullets on his face and arm.

According to authorities, Lee then drove away but reappeared at Harneyand Beacon avenues, firing more shots from his car at passengers in another car, grazing one of them in the back.

In close coordination with Planned Parenthood, Democrat lawmakers have repealed the Colorado criminal abortion statutes which is the...